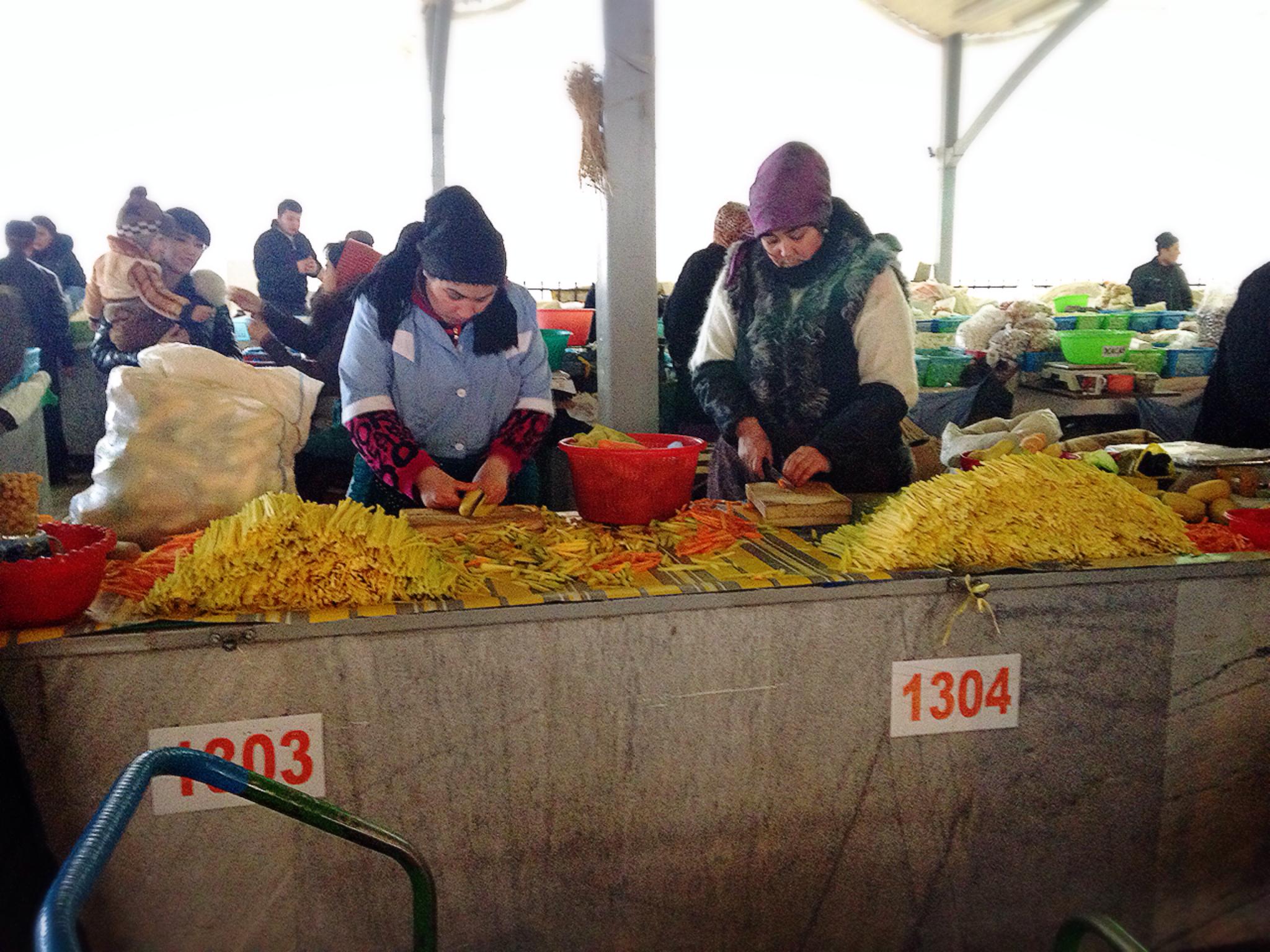 Women in Uzbekistan have been drawn into the vortex of nation-building agendas since the Soviet time, and their socio-economic positions have transformed over time as they have been symbolised as the carriers and protectors of national traditions and values. Women in the Soviet Union were actively mobilised to participate in public life, including in education, politics and the labour force. However, since the independence in 1991, Uzbekistani women’s access to the public sphere has been reduced, and their primary role has been mainly promoted as mothers and caregivers (Tabaeva et al., 2021). This is due to patriarchal nationalist discourses aiming to dissociate national identity from the socialist ideology and construct a new one drawn upon re-traditionalisation of pre-Soviet values (ADB, 2014). Uzbekistan’s educational discourses also contribute to patriarchal values and gender hierarchies through promotion of gender stereotypes (Caruso, 2020). In school textbooks, national heroes are mainly male figures, and women are underrepresented and often depicted in household chores and low-paid jobs (Norova, 2020). Although Uzbekistan has, since the Soviet era, maintained high enrolment rates at primary and secondary levels for both boys and girls, participation in higher education shows a significant gender disparity. For instance, female university students constitute only 38.1% (ADB, 2018), and those from the rural settings are further disadvantaged because their parents are often hesitant to send their daughters away to distant universities (ADB, 2018). Currently, among the existing 85 higher education institutions in Uzbekistan, half of them are located in the capital city, Tashkent, and the rest in the regional cities (UNESCO, 2020). Whilst young men and women in rural areas are generally disadvantaged, gender-based inequalities in Uzbekistani society particularly undermine equitable access in higher education (Tabaeva et al., 2021). Among those who manage to access higher education, women mostly specialise in the so-called feminised disciplines, such as education and health, resulting in women’s concentration in low-wage employment, leading to disparities in earnings and their lower economic status in society.

Although gender asymmetries have always existed in Uzbekistan, the nature of these dynamics has changed from the Soviet era to the present day socio-political environment. The contribution of the Communist regime in the advancement of female education is often portrayed as positive, but female participation in social domains was somewhat artificial and paradoxical as women always had to bear the double burden of household duties as well as the roles outside their homes (Chenoy, 2016). The Soviet regime was largely indifferent to gender hierarchies in the domestic domain as fertility rates remained high and gendered division of household work persisted. For the Soviet authorities, on the one hand, female seclusion was the marker of Uzbekness that defined the Uzbek nation; on the other hand, it was simultenously condemned as a barrier to women’s participation in the public sphere (Kandiyoti, 2007). The Soviet agenda of women’s emancipation, failing to facilitate a long-term social transformation, has been questioned by many analysts linking it to economic and ideological imperatives (Kandiyoti, 2007).

Women’s bodies have been subjected to surveillance in both Soviet and post-Soviet Uzbekistan as the state has often set the terms for appropriate women’s behaviours such as, dress codes (Durrani et al., 2022). From the 1920s to the 1930s for instance, the Soviet regime conducted massive ‘unveiling’ campaigns, Hujum, against Muslim veiled women in Uzbekistan. Hujum, meaning “assault” in Arabic, the campaigns were far from being peaceful, and triggered reactionary violence among the locals, particularly men. Between 1926 and 1930, around 2,500 women associated with unveiling are believed to have become victims of honour killings committed by their families or religious hard-liners (Kamp, 2011). Women’s bodies continue to be politicised in Uzbekistan even today since the authorities distinguish headscarves as the national dress code as opposed to ‘veils’, as foreign practices (Kandiyoti, 2007).

Despite the different roles attributed to women in the nation-building and national identity construction over the last century, both the Soviet and post-Soviet nationalist agendas have promoted gendered nationalist discourses in different forms, which have created, sustained and transformed female socio-economic positions, but all within subjugating colonial or patriarchal narratives. The struggle of women in Uzbekistan continues to be around equity and equality in all domains of society.