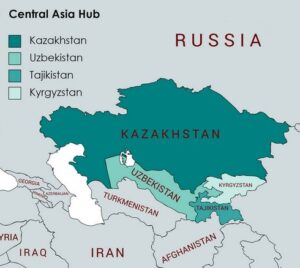 The Central Asia hub includes four post-Soviet countries (Kazakhstan, Kyrgyzstan, Tajikistan and Uzbekistan) and is led by Nazarbayev University in Kazakhstan. All four countries share a range of similarities.As newer states gaining independence after the dissolution of Soviet Union (1991), all countries are transitioning from socialist governance and economy to building democratic governance and neoliberal economy. A resurgence of top down nationalism is visible in all countries. The Central Asian states offer a good case for studying the ways conflict and education are linked in an authoritarian neoliberal context.

All countries are Muslim majority countries, sharing deep historical, cultural and linguistic roots, as well as geographical proximity. All states have engaged in the management of religion for governing the thought, practice and identities of their citizens despite being avowedly secular (Jones, 2017). Russian is one of the official languages in Kazakhstan, Kyrgyzstan and Uzbekistan and the medium of inter-ethnic communication in Tajikistan. All countries face specific challenges of political stability including two recent revolutions (2005 and 2010 in Kyrgyzstan), and the management of political succession in Uzbekistan and Kazakhstan (Mahoney, 2017). Importantly, Tajikistan and Uzbekistan share a border with Afghanistan and are thus vulnerable to the effects of conflict in Afghanistan. The participation of a high proportion of Central Asian youth fighters in the Iraqi and Syrian war (Tucker, 2018) has raised youth radicalisation as a policy concern in all four countries.

The post-Soviet economic and political transition has necessitated the initiation of large-scale educational reforms in all four states, largely supported by international agencies (Chapman et al, 2005). Curriculum reforms have sought the dual aims of ‘nationalising’ the curriculum and delinking it from Russia and ‘internationalising’ it to prepare globally competitive graduates (Chapman et al, 2005). There is little rigorous research available in the English language on the impact of educational reforms in Central Asia in general and specifically from a political economy perspective. Existing evidence indicates inequities in education quality as measured by learning outcomes, teacher quality and infrastructure on the basis of rural and urban location, household wealth and ethno-linguistic backgrounds. The scant literature that exists on the role of education in nation building post-independence suggests the deployment of an ethno-centric approach in the construction of national identity in Kazakhstan (Asanova, 2007) and Tajikistan (Blakkisrud and Nozimova, 2010) with implications for social cohesion and inclusion. 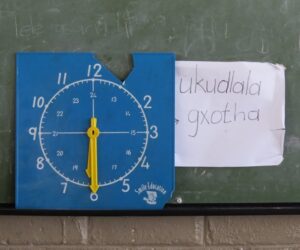 The Africa hub is led by the University of Cape Town in South Africa. Globally, Africa contains the highest proportion of out-of-school children in some of the poorest, conflict-affected countries. The countries included in this project share a range of conflict related challenges to their educational systems, and collaborative work amongst these countries will provide a range of comparative insights into the role of education in situations of conflict and protracted crisis. These countries have gained independence at different times. However, each continues to struggle with national conflicts of various kinds and forms, and have found that the transition to democratic governance systems and market economies is enormously challenging, with a variety of political, economic, sociological and cultural problems. International actors have had a strong role in implementing education reform across the region. Similarly, in recent years inclusive peacebuilding endeavours have been given greater attention to address the variety of conflicts that have flared up across the region and continent.

Collectively the provision of education in the region highlights a range of political economy challenges for education such as inequitable distribution, decentralization and privatization, as well as the possible impact of education reforms in the midst of conflict related to governance and accountability. In each of these contexts educational inequalities, teacher supply, politicised curricula, language debates, targeted drivers of inclusion, race, class, and gender identity disparities remain highly visible, with national policy agendas keen to address them in more meaningful ways. Within each country context there have been quite different approaches, tied to distinctive country education systems and challenges. In that regard, a key research challenge has been that there is little or no substantial collaborative education research work that has explored the role of education in fostering and sustaining inclusive peacebuilding, nor how to better think through common political economy of education perspectives. A project of this kind is crucial to addressing a key research gap in the educational field in the region and continent.